History is a cyclic poem written by time upon the memories of man.
~Percy Bysshe Shelley

Longing for the return of witbier made with with wheat, milled coriander seeds and Curacao orange peel, Pierre Celis produced a batch of homebrew that was so popular, it inspired him to produce the beer on a small retail scale in 1966 in the Belgian town of Hoegaarden. Circumstances forced him to eventually sell the Hoegaarden brand to Stella Artois.

Celis moved to Austin, Texas with his daughter in the 1990s and opened his own Celis Brewery that cranked out over 22,000 barrels of award-winning Celis White in its most productive year. Pierre eventually sold this brewery to Miller, who soon closed the Austin facility.

But lovers of the classic witbier style now have reason to rejoice. Celis' daughter Christine is proud to have recently resurrected Celis Brewery at a different location in Austin, and her daughter Daytona has expressed great enthusiasm in brewing at the facility.

Click on the video below for a walk around the resurrected Celis Brewery in Austin with Celis president Bill Mulroy and Brewtopia.info's Owen Ogletree...


Posted by Brewtopia LLC at 9:57 AM No comments:

New Breweries in The Big Easy

Despite being known for its vibrant ambiance, music and food that are loaded with local flare and rich flavors, New Orleans tended to lag behind other regions of the U.S. in terms of craft beer appreciation over the last several years. Fast forward to the past few years that have seen an eruption of exciting craft beer bars and breweries all over the Crescent City, and it seems that a multitude of residents now realize just how well a saison or IPA pairs with crawfish etouffee or a shrimp po' boy. Following is a rundown of six of the latest New Orleans craft breweries that should not be missed. 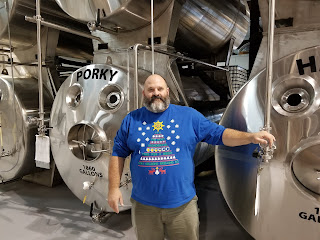 Brian Allen, brewer and president of Port Orleans Brewing Company, held brewing jobs in Missouri, Massachusetts and Wisconsin before opening his Uptown New Orleans brewpub in May of 2017. "While studying geology in college, I worked at a pub in Maine that served Bud, Bass and Guinness," notes Allen. "I started wondering why I was drinking these beers, when we had new craft breweries just down the street. I realized I really didn't want to be a geologist, and thought that brewing would be a great way to apply science to a meaningful career."

Housed in a good-looking building with a tasting room and kitchen, Port Orleans fits right into New Orleans' culinary culture. Allen rents the brewery's kitchen to chefs who named the space "Stokehold" and crank out mouth-watering food items to pair with Port Orleans' brews.

With 14 beers in the tasting room, the brewery's best sellers include Riverfront Lager with a touch of Calypso hops, Slack Water Brown Ale and the West-Coast-style Storyville IPA. Also look for these brews around the area in 12-ounce cans. As 2018 is New Orleans' 300th anniversary, Allen plans exceptional seasonals that include an amber lager aged in Elijah Craig barrels, a 13% ABV imperial stout in bourbon barrels, and an IPA variant with local citrus fruits.

"Our brewery slogan is 'Brewed Below Sea Level,'" notes Allen. "With Tipitina's music hall, NOLA Brewing, Urban South and hip Magazine Street nearby, we love our neighborhood, and locals seem to love our food, beer, bar and beer garden." 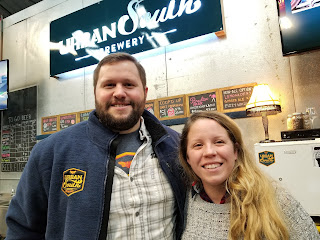 Urban South opened its doors on St. Patrick's Day of 2016. Co-founder and vice president Kyle Huling had started up the craft beer program for a local beer distributor, and his future business partner fell in love with craft beer while working in the Pacific Northwest. When asked about Urban South's inviting, spacious tasting room and brewery, Huling explains, "All the brewers we spoke to advised us to get the largest building with the highest ceilings that we could afford. We looked at 25 other spots around the city before we decided on this one that was once a metal storage warehouse. We sublease a quarter of the building to Craft Kettle tank manufacturers."

Expect four year-round beers at Urban South, a creative seasonal lineup that changes every few months, and the hop-focused "Architecture Series." "We are not afraid to fail, and one of our core values is being fearless," notes Huling. "We came up with 20 initial pilot brews, and some were great, and some went down the drains. In 2018, we'll release Paradise Park American Lager that will be priced just like the big boys. Eight out of ten beers consumed in Louisiana are still a macro or import lager, but we see Paradise Park as a way to ease these consumers into the craft beer world."

Born and raised in New Orleans, Huling takes pride in bringing jobs to the community. "Our Christmas picture last year had nine employees, and this year we have more than 20," he says. "Everything about New Orleans is about family, food, friends and fun, and beer fits right into that mix. Our brewery is family friendly, so bring the kids to check out the games in our taproom." 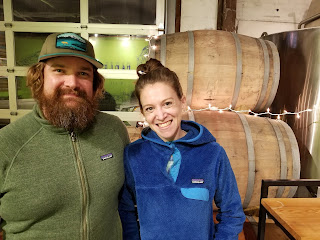 Situated in the quiet Bywater district, just a short taxi ride east of the French Quarter, sits the inviting Parleaux Beer Lab brewery. The brewery started production around 2017's Jazz Fest, and co-owner Eric Jensen focused on being a neighborhood brewery that embraced the "funky and fun" attitude of the city while creating a welcoming space for friends and families. Jensen remarks, "We want to apply a playful, yet science-based, approach in creating a range of rotating beers that are flavorful, well-balanced and sometimes outside style norms."

Jensen and co-owner/wife Leah both come from areas loaded with craft beer - Eric from Grand Rapids and Leah from Denver. "We see the most captivating part of craft beer is the cultural history and value beer has had in regions around the world," states Eric. "We're living through an incredible beer renaissance in New Orleans right now. Leah and I are laid-back and chill, but with a deep appreciation for our community. Our neighbors are our best customers, and we are family-friendly and puppy-friendly."

Parleaux's most popular current beer is Foggy Glasses - a juicy, soft, fruity New England-style IPA. Eric Jensen adds, "With recipe input from several brewer friends, I sat down with my brewer Chuck Smock and designed an amazing IPA that has gone over really well with our customers." 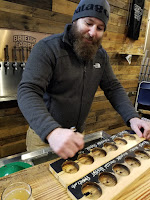 New Orleans locals love to drink and listen to tunes on busy Frenchmen Street, so owner/brewer Robert Bostick was thrilled to locate his compact Brieux Carré brewery, taproom and beer garden just a few steps off Frenchmen back in April of 2017. As with many modern craft brewers, Bostick started off as an avid homebrewer of IPAs, experimenting with a array of dry-hopping techniques for the original recipe of his now best-selling Falcon Warrior IIPA with Falconer's Flight, Warrior, Simcoe, Citra, Cascade and Amarillo hops. His friends fell in love with the beer and encouraged Bostick to go pro. "My first trip to Denver brought me across TRVE, which quickly became my inspiration, as they had this incredible 'shotgun-style' taproom," Bostick recalls. "It resembled the architecture that I was used to in most New Orleans homes, and I felt it was appropriate to bring that theme to Brieux Carré."

People enjoy Brieux Carré's friendly, relaxed atmosphere, and this makes Bostick a happy guy. He suggests, "Some people take drinking beer too seriously, but most people who meet me at the brewery know that I'm sarcastic and enjoy poking fun at current beer politics. New Orleans is full of weird people, and Brieux Carré fits in well."

Located on the south shore of Lake Pontchartrain, just south of New Orleans Lakefront Airport, sits Royal Brewery New Orleans. In the mid-1990s, founder Raymond Pumilia began brewing on a kitchen stove in his New Orleans art studio, after a friend gave him a brewing kit. In a discussion with a friend in a bar late one night, Raymond announced his intentions of starting a brewery. He and his wife Mandy soon embarked on long days of business planning and location scouting.

Upon its opening in May of 2017, Royal Brewery's taproom formed a bit of a craft beer oasis on the south shore. Mandy Pumilia shares, "People enjoy visiting with our team, sipping our traditional beer styles, joining a tour on Saturdays and Sundays and playing games with friends and kids in our children's area."

The brewery sits near a planned South Shore Harbor amphitheater and a ship exhibit from the National World War II Museum. "Our location in this heavily industrial area alongside other businesses like Folger’s Coffee, Luzianne Tea, Bunny Bread and Southshore Donuts was perfect," Mandy Pumilia suggests. "We refer to the area as the 'Beverage and Yeast Belt of New Orleans' and are excited to add Royal Brewery New Orleans to complete both belts of commerce." 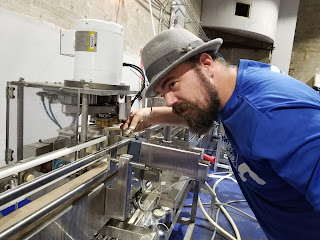 Wayward Owl launched in November of 2016 after two years of renovations on the historic GEM Theater just northwest of Central City. Founder/brewer Justin Boswell got his brewing boots wet at Black Raven Brewing in Redmond, Washington. "I started by washing floors and worked my way up to being one of the lead brewers," Boswell recalls. "After 12 years away from Louisiana, my wife Kristin and I decided to come home to open our own brewery. One of the influences on us coming back was the changing political climate becoming more favorable toward small breweries. Once we got here, finding our amazing location in a historic theater sealed the deal."

Folks in The Big Easy immediately appreciated the grassroots style and convivial vibe at Wayward Owl. "We are a small, local, family business, and we think people here find that important," says Boswell. "Patrons made our Clean Slate IPA our best-selling beer, and the first time it was brewed was at midnight on December 31, 2009 in my friend's garage. This was our first all-grain recipe, and the current version is absolutely nothing like the original. We've tweaked this beer over and over, and now we have a final recipe hitting shelves in time for Mardi Gras."

Posted by Brewtopia LLC at 7:52 AM No comments: